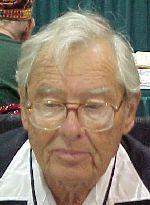 When comic book legend Bob Fujitani would sign his work during the Golden Age, he would drop the last few letters so that the signature would come out as Bob Fuje. This is possibly a subterfuge to obfuscate an uncomfortable fact: Bob Fujitani was half-Japanese (the other half was Irish). His nationality deficit (as it was perceived by many in those less-enlightened, war-torn times) did not seem to slow down this prolific creator, however. His abbreviated sig appears often both during and after the war. Along with fellow artists George Tuska, Dan Barry, and chief writer Charles Biro, Fujitani was a member of the team behind 'Crime Does Not Pay,' the best-selling (and most controversial) comic of all time. Silver Age readers know Fujitani as the principle artist on Gold Key's original series 'Doctor Solar, Man of the Atom.'

The story below is from Hillman Periodicals' Air Fighters v2 #4, and features Fujitani's The Flying Dutchman, an airman from The Netherlands. Fighting Nazis without benefit of secret identity, or powers of any kind, The Flying Dutchman appeared monthly in the back pages (but never on the cover) of Air Fighters from November 1942 to June 1946. Below, FD discovers 'Germany's Greatest Secret: The 'real' identity of Adolph Hitler.

Disclaimer: The Propagander!™ includes diverse and controversial materials--such as excerpts from the writings of racists and anti-Semites--so that its readers can learn the nature and extent of hate and anti-Semitic discourse. It is our sincere belief that only the informed citizen can prevail over the ignorance of Racialist "thought." Far from approving these writings, The Propagander!™ condemns racism in all of its forms and manifestations.

Fair Use Notice: The Propagander!™may contain copyrighted material the use of which has not always been specifically authorized by the copyright owner. We are making such material available in our efforts to advance understanding of historical, political, human rights, economic, democracy, scientific, environmental, and social justice issues, etc. We believe this constitutes a "fair use" of any such copyrighted material as provided for in section 107 of the US Copyright Law. In accordance with Title 17 U.S.C. Section 107, the material on this site is distributed without profit to those who have expressed a prior interest in receiving the included information for research and educational purposes. If you wish to use copyrighted material from this site for purposes of your own that go beyond 'fair use', you must obtain permission from the copyright owner. 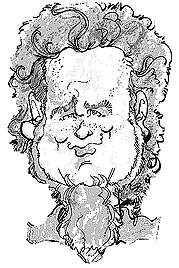